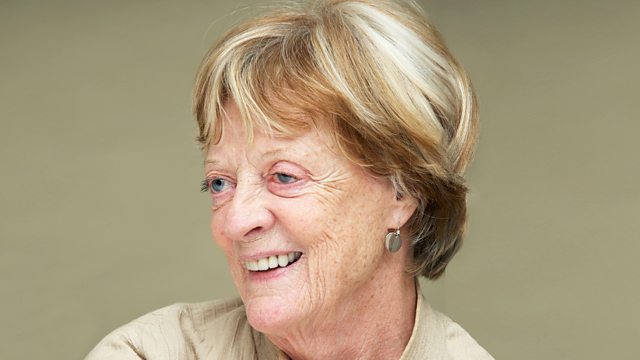 No one does glamour, severity, girlish charm or tight-lipped witticism better than Dame Maggie Smith This fresh biography shines the stage-lights on the life and work of a truly remarkable performer, whose career spans six decades.

From her days as a star of West End comedy and revue, Dame Maggie's path would cross with those of the greatest actors, playwrights and directors of the era. Whether stealing scenes from Richard Burton (by his own admission), answering back to Laurence Olivier, or impressing Ingmar
Bergman, her career can be seen as a Who's Who of British theatre in the twentieth century.

We also hear about her success in Hollywood - inaugurated by her first Oscar for her signature film, The Prime of Miss Jean Brodie - as well as her subsequent departure to Canada for a prolific four-season run of leading theatre roles.

Recently, Dame Maggie has been as prominent on our screens as ever, with high-profile roles as Violet Crawley, the formidable Dowager Countess of Grantham in the phenomenally successful Downton Abbey, and in the Harry Potter films as Professor Minerva McGonagall - a role she describes as 'Miss Jean Brodie in a wizard's hat'.

Yet paradoxically, Dame Maggie remains an enigmatic figure, rarely appearing in public and carefully guarding her considerable talent. Michael Coveney's absorbing biography, drawing on personal archives, interviews and encounters with the actress, as well as conversations with immediate family and dear friends, is therefore as close as it gets to seeing the real Maggie Smith.

A Brill production for BBC Radio 4 first broadcast in in September 2015.