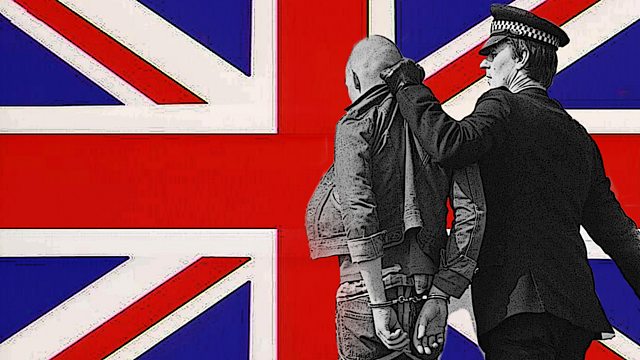 Too Much Fighting on the Dance Floor

Why was British music in the late 1970s and early 1980s so tribal and so violent? Adrian Goldberg looks back at a culture divided by haircuts, clothes and politics.

Why was British music in the late 1970's and early 80's so tribal and so violent? If going to a musical gig now is about having fun and enjoying a "party" atmosphere, it used to be very different. It was an era when music was taken very seriously. For many, it defined who you were. Writer Paul Morley says: "Back then the music you liked was a matter of life and death."

It was common for musical differences to end in violence. Peter Hook, of Joy Division and then New Order, says "There were riots all the time at gigs."

And it was a time when politics played a much more prominent role in popular culture. Neville Staple of Two-Tone group, The Specials, recalls the havoc caused by the far right National Front. "We used to get a lot of conflict at our gigs ...we always used to get the NF," he says.

Adrian Goldberg looks back at a culture divided by haircuts, clothes, class and politics. What did this tribalism say about Britain then?

The programme includes contributors from Peter Hook of Joy Division and New Order; Peter Hooton from The Farm; Pauline Black of Selecter; Neville Staple of the Specials; Clare Grogan of Altered Images plus music journalists Paul Morley, ex New Musical Express and Garry Bushell of Sounds. It also has a stellar soundtrack from the era.