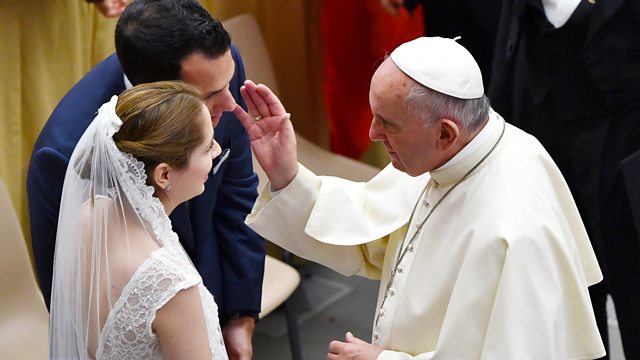 Jenni Murray presents the programme that offers a female perspective on the world. With features on the Pope, divorce and Catholic women; women in technology; and depression.

Pope Francis has announced he is making it easier for Catholic's to annul marriages but how much is his 'vision' making a difference to the lives of Catholic women?

As part of our week long 'Women in Tech' series we hear from Rita Bourma about her role as a User Experience Designer at Net-a-porter, and Vanessa Vallely examines her 25 year career from the early days of Microsoft to running WeAreTheCity.com.

Psychiatrist, Dr Linda Gask, discusses her new memoir 'The Other Side of Silence', looking at how being an expert in mental health doesn't mean you're protected from facing your own psychological problems.

Psychiatrist Dr Linda Gask has spent her life trying to help people with depression, but being an expert in mental health doesn’t mean you’re protected from your own psychological problems. In her memoire ‘The Other Side of Silence’, she intertwines her own experiences of depression with insights from her patient’s cases. She tells Jenni how she hopes to challenge the stigma that still surrounds this life-shattering illness.

The Other Side of Silence is published in September 2015 by Vie Books.