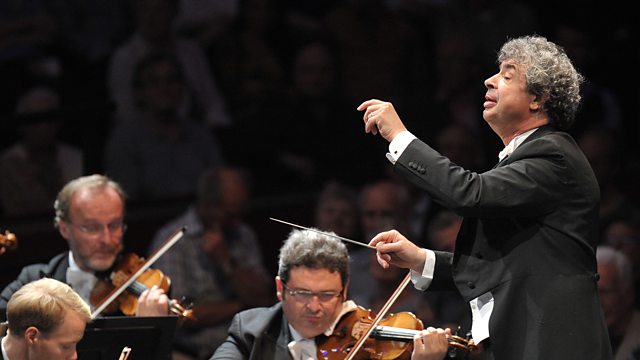 Live from the Royal Albert Hall in London, the Vienna Philharmonic's Prom under Semyon Bychkov concludes with a performance of Franz Schmidt's neglected Symphony No 2 in E flat.

Live at the BBC Proms: The Vienna Philharmonic Orchestra with Semyon Bychkov in a programme of Brahms and Schmidt.

Brahms: Symphony No. 3 in F major

The first of two consecutive nights with the Vienna Philharmonic under two different conductors. Here, Semyon Bychkov showcases Franz Schmidt's neglected Second Symphony - a work he has passionately championed. A bold piece of Brucknerian ambition, it has more than a hint of Richard Strauss about it. It's paired with Brahms's Third Symphony - the work that saw the composer finding his true musical identity, stepping out from behind his influences to create something lyrical yet strangely unresolved.