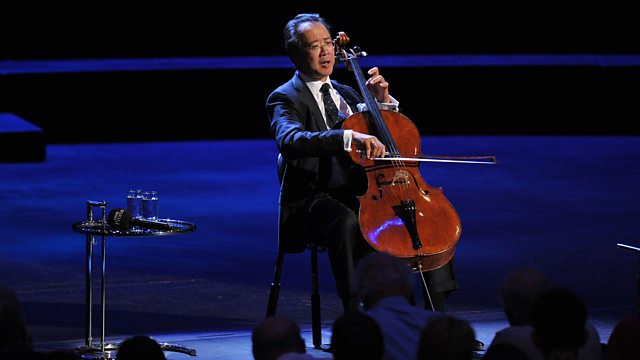 Live from the Royal Albert Hall in London, Tom Service presents a Prom in which Yo-Yo Ma performs the complete solo cello suites by Bach.

American cellist Yo-Yo Ma has been a regular Proms soloist for almost 40 years, and now tackles perhaps his boldest performance to date. He performs the complete Bach solo cello suites - over two hours of music - in a single concert: a feat as challenging intellectually as it is physically. Though neglected until the 20th century, the suites represent some of Bach's greatest musical achievements - music at its purest and most profound. Ma's relationship with them extends back over many decades and multiple recordings, generating expressive performances distinguished by their depth of emotion.