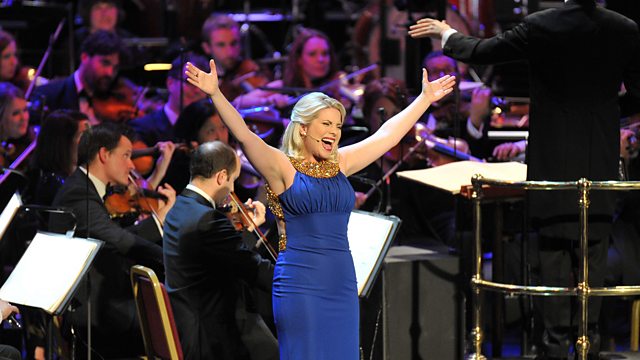 Live from the Royal Albert Hall in London, singers Louise Dearman and Lucy Schaufer join John Wilson and his orchestra in a celebration of Leonard Bernstein.

John Wilson and his orchestra are an annual Proms highlight, bringing the glitz and glamour of old-time stage and screen to the Royal Albert Hall. The second of their two performances this year is all about Leonard Bernstein - America's multitalented conductor, pianist and composer. He reinvented the musical with the anger, energy and feral beauty of West Side Story, his updated take on Romeo and Juliet. A starry cast of soloists including Proms favourite Julian Ovenden and the West End's Louise Dearman join the John Wilson Orchestra and Maida Vale Singers for a tribute to the composer that includes Bernstein's biggest hits as well as a selection of rarities.