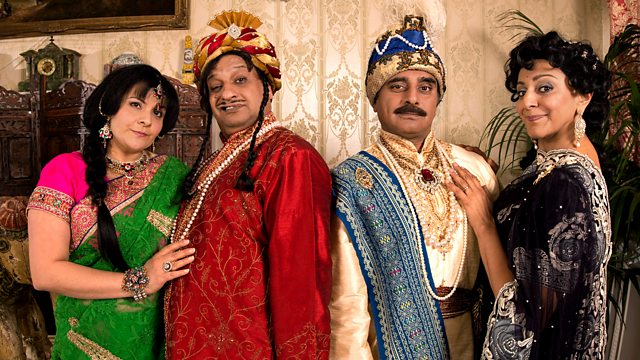 One-off special of the British-Asian sketch show. Meera Syal, Sanjeev Bhaskar, Nina Wadia, Kulvinder Ghir and Dave Lamb are back together for an India-themed episode.

The original cast of the award-winning British-Asian sketch show reunite for this one-off special as part of BBC Two's India Season. Featuring new sketches, including twists on old favourites, such as how the Kapoors first became the English-obsessed Coopers, what enables the Indian Space Programme to do things so much more cheaply than NASA and how the Taj Mahal was nearly a radically different design.

Back Where They Came From

See all episodes from Goodness Gracious Me