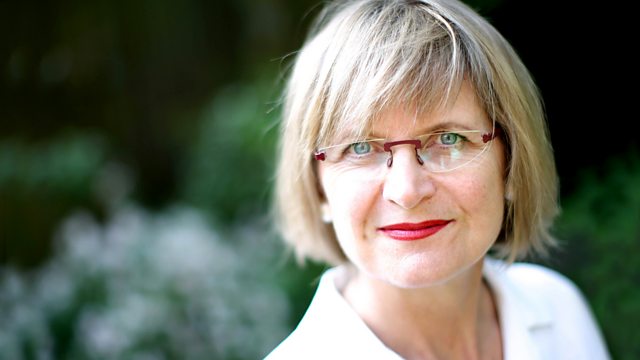 Michael Berkeley's guest is wine writer and broadcaster Jancis Robinson. Her musical choices include works by Mozart, Tchaikovsky and Handel as well as an English folk song.

In her forty-year career writing and broadcasting about wine, Jancis Robinson has probably done more than anyone else to make wine an accessible and joyous part of our lives, and to strip away a great deal of the pretensions that used to surround it. But she's also one of our leading scholars of wine, and the fourth edition of the book she describes as her 'fourth child', a mammoth updating of her nearly 1000-page-long Oxford Companion to Wine, is about to be published next month. She talks to Michael Berkeley about her love of opera, the excitement of tasting for the Queen, and the great pleasures of wine and music. Her choices include music by Mozart, Tchaikovsky, Handel and a sweet English folk song. Producer: Jane Greenwood A Loftus Production for BBC Radio 3

Produced by Elizabeth Burke
A Loftus Production for BBC Radio 3