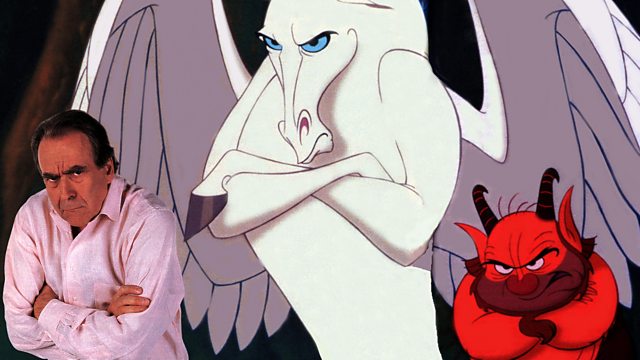 Marking the 70th anniversary of the end of World War Two, illustrator and animator Gerald Scarfe tells the story of Disney's fascinating on and off-screen contribution to the war effort.

The programme explores how the iconic Studio in California became a war plant in the 1940s, churning out groundbreaking military training films and propaganda shorts, educational posters and leaflets, along with insignias for troops to help boost morale on the frontline.

Produced by Kellie Redmond
A Somethin' Else production for BBC Radio 4.