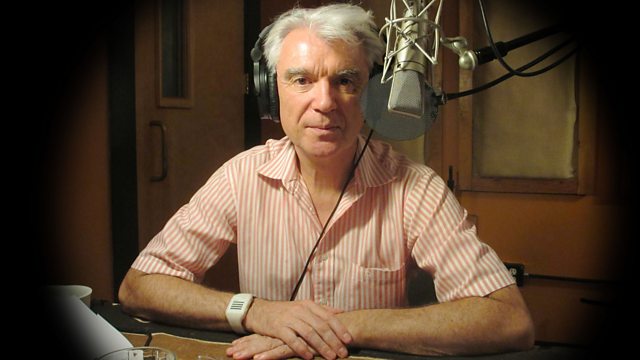 David Byrne presents a show recorded in his home city of New York, featuring music from some of the artist playing at the 2015 Meltdown Festival, which Byrne curated.

David Byrne will be presenting his own show - recorded recently in his home city of New York - in which he selects his personal music choices from around the globe inlcuding some of the artists he has picked to perform at this year's Meltdown Festival at the South Bank Centre in London. From the Spanish flamenco sounds of Enrique Morente, to Nigerian funk and synth pioneer William Onyeabor via Paris with Benjamin Clementine, expect to hear lots of tracks that may surprise you and you've never heard before.
Born in Scotland then raised in the US, Byrne was the co-founder, frontman and main song-writer for new wave band Talking Heads who were inducted into the Rock and Roll Hall of Fame in 2002. He is also recognised and highly regarded for his solo work and collaborations with other major artists including Brian Eno, Morcheeba and Fatboy Slim. Forty years on his career is formidable; as well as being a musician, Byrne is also a multi-instrumentalist, composer, photographer, actor, artist and author.