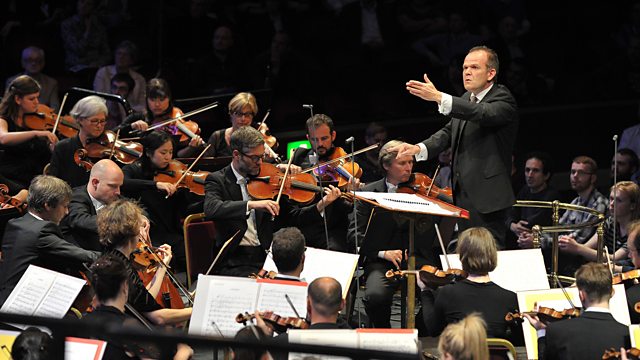 The conclusion of a Prom featuring the SWR Symphony Orchestra Baden-Baden and Freiburg conducted by Francois-Xavier Roth. Ligeti: Lontano. Bartok: Concerto for Orchestra.

Bartók wasn't the first composer to write a Concerto for Orchestra, but freewheeling virtuosity and rhythmic energy set this one apart. Treating individual instruments as soloists or partners in exhilarating duets-to-the-death, Bartók reinvents the orchestra itself. The whole classical canon seems dissolved in Ligeti's Lontano, in which familiar harmonies and styles are suspended in space and time, and resolution continually hangs just out of reach. Turning classical rules of development on their head, Boulez's '... explosante-fixe ...'works backwards, moving from its most complex material to its primary, original source. It's audacious and completely compelling.

This prom will be repeated on Friday 11th September at 2pm.