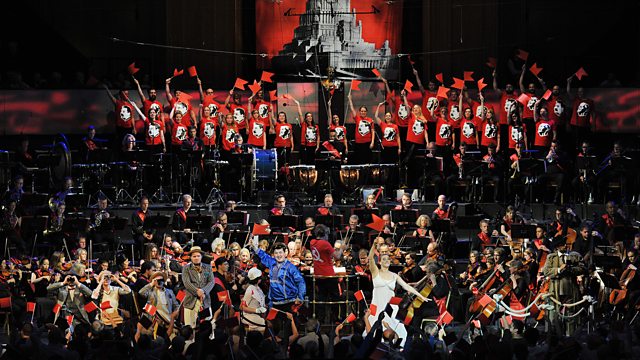 The Philharmonia Orchestra's Prom under Esa-Pekka Salonen concludes with a performance of part of Shostakovich's Orango, an unfinished opera whose manuscript surfaced only in 2004.

The Philharmonia Orchestra with Esa-Pekka Salonen, live at the BBC Proms.

Shostakovich's Orango - an incomplete opera whose manuscript came to light only in 2004 - is a glossy fusion of wit and political venom. The 'Orango' of the title is half man, half ape - a symbol of the decadent West. It's a work matched for vivid colouring by Bartók's violent and sexually charged ballet-pantomime The Miraculous Mandarin. French pianist David Fray returns following his Proms debut in 2011 to play Mozart's Piano Concerto No. 24 - written at the height of the composer's fame in Vienna as a performer of his own works.