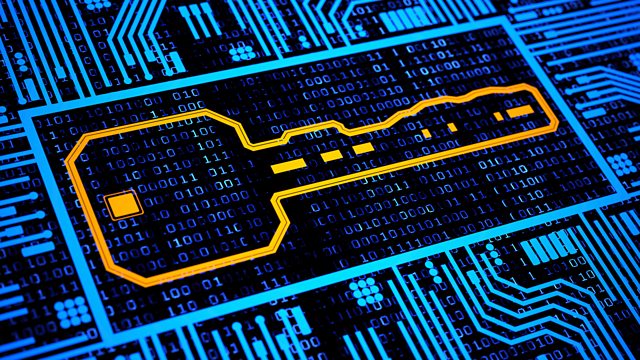 How could new technology change the nature of money and the role of government? The programme investigates what the 'blockchain' means and what it could lead to.

FutureProofing is a series in which presenters Timandra Harkness and Leo Johnson examine the implications - social and cultural, economic and political - of the big ideas that are set to transform the way our society functions.

Can computer technology and its systems for record-keeping, transparency and verification replace the role of trust in our society? The digital currency Bitcoin can be used to make peer to peer financial transactions without a central banking authority. The technology underlying this system is called the blockchain, and is enthusiastically advocated by libertarians. In this programme Timandra and Leo investigate whether its ramifications could go much further than currency and reach into disrupting the roles of government, from providing identity documents to tax collection. Or will governments, banks and other large powerful bodies meet the political and technical challenges of the blockchain by incorporating it into their own activities?

See all clips from The Blockchain (3)

My local pub used to take BitCoin. By the time I'd got around to trying to spend any there, they'd stopped. "That's the end of that fad," I thought. But it turns out that the virtual currency beloved of my more tech-loving, computer-savvy friends is only the beginning.

How could we have the benefits of money without a central bank? That was the question that BitCoin was designed to answer, and Blockchain is the technology that makes it possible. But the Blockchain turns out to be much bigger than a way for nerds to buy beer.

A system that's secure without a higher authority, that's distributed across many strangers' computers, and yet tamper-proof, promises a mechanism for trust mediated directly between individuals. If that's possible, won't all forms of authority, from banks to governments, wither away?

Like all challenging ideas, the Blockchain brings contradictions. Supporters claim it offers both anonymity and transparency, an indelible record that you can somehow keep separate from your identity. A technology designed to make authority obsolete could, instead, offer the perfect tool for ubiquitous surveillance, a nightmarish future in which all your actions are forever recorded in a digital Book Of Deeds.

I'm always sceptical of claims that technology alone can transform society. There's more to governments than collecting taxes and enforcing contracts, or we wouldn't need elections. So I don't expect Blockchain to replace politics, the cut and thrust of ideas and clashing values that formed institutions like the state in the first place.

But, having heard from some people who are working with Blockchain already, I'd bet good BitCoin that it's going to make the first few decades of the internet look like the Stone Age.