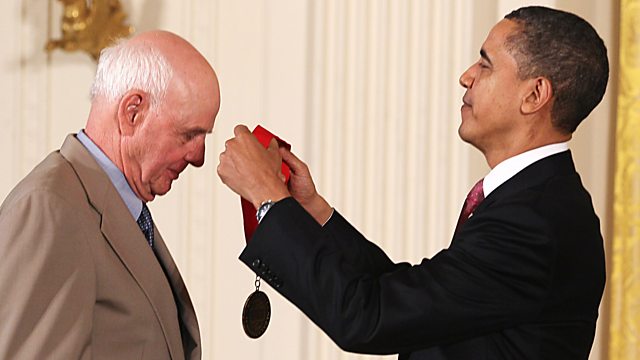 Wendell Berry has been described as 'An American Hero' but his work and teaching have inspired and influenced leaders, writers and campaigners around the world. Ella McSweeney had no hesitation in choosing him as her 'Food Hero' and travels to meet him at his farm in Kentucky. She explains why his work affected her so profoundly, even thousands of miles away in Ireland.

As a leading and respected farmer, writer, campaigner, philosopher and poet, he wrote that "Eating is an agricultural act" yet argues we have become disconnected from the land by the industrialisation of the food chain, that the growth of agribusiness has driven many small farms out of business with a loss of their 'moral fibre and wisdom' and is destroying rural communities. He argues we must acknowledge the impact of agriculture to society.

Yet despite his widespread influence he lives at a different pace to the majority - using horses to work the land and refusing to get a computer.

For those unfamiliar with his work Ella will explain just how significant he's been on politicians and game-changers and, for those who know him already, a chance to hear his thoughts on how to feed ourselves without destroying the land and plant we have.

Ella also visits the city of Louisville to see how people are putting his thoughts into action in projects that provide access to fresh food and but also unite communities otherwise divided.