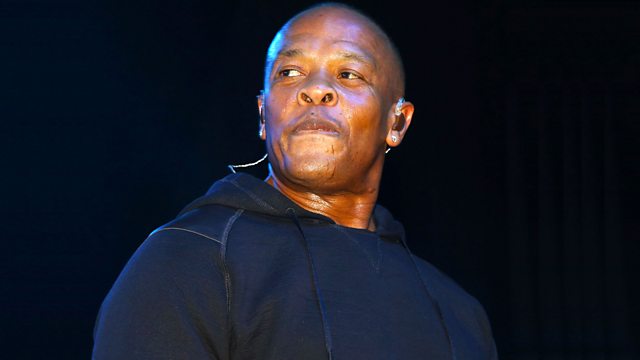 Mark Coles tells the story of Dr Dre, the former NWA star who has made an indelible mark on popular culture and has become a hugely wealthy businessman.

Dr Dre's first album for 16 years is top of the charts and a film charting the rise of NWA - his breakout 90s gangsta rap group - is playing to packed cinemas.

Over the past 25 years Dr Dre has made an indelible mark on popular culture. After NWA he founded a record label and turned producer - making global stars of artists like Snoop Dogg and Eminem.

And he's a hugely successful businessman. His Beats brand - whose headphones have become a ubiquitous fashion accessory - was sold last year to Apple for $3bn (£1.8bn).

It's all a long way from his start in life as a poor child to a teenage mother in Los Angeles. But, as Mark Coles hears, there's a dark side to Dr Dre's story of almost unimaginable success.