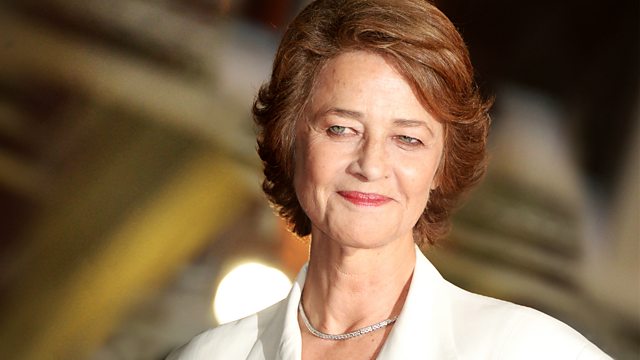 Jane Garvey presents, with guest Charlotte Rampling. There is a look at the role of the voluntary sector in supporting children, and men in mid-life reflect on marriage.

Charlotte Rampling's acting career has spanned five decades - most recently she's starred in the ITV crime mystery, 'Broadchurch.' She says she doesn't generally make films to entertain people and as a result she often takes on mysterious and edgy roles - perhaps most notably when she starred alongside Dirk Bogarde in The Night Porter.' Charlotte Rampling joins Jane to talk about her latest film, '45 Years,' which is about a couple whose relationship comes unstuck with a surprising piece of news in the week of their forty fifth wedding anniversary; Following the recent closure of Kids Company, what is the role of the voluntary sector in supporting children? We talk to Kathy Evans, who is the Chief Executive of Children England, the umbrella group for the children's voluntary sector, about how charities work with local authorities; We've the latest in our series of interviews with men about family and relationships - today Amjad and Richard talk about marriage in mid-life; And teaching girls and young women to stand up for themselves - Natasha Devon, the founder of Self-Esteem Team, and confidence coach, Annette Du Bois, reveal some of the practical ways to teach young women to stand their ground and speak up for themselves.