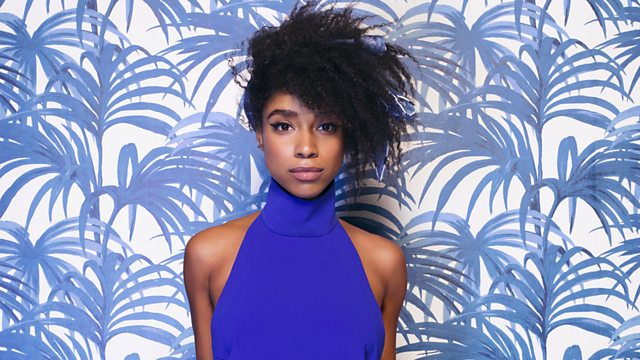 Lianne La Havas sings her latest single What You Don't Do.

America's Under-Secretary of State for Political Affairs, Wendy Sherman, talks about leading the negotiating team discussing the lifting of sanctions against Iran, and former Diplomat Julie Chappell on what it's like working in the predominantly male diplomatic world.

Rachel Cooker on the significance and impact of Penelope Mortimer and her novel The Pumpkin Eater. Jo McMillan's new novel, Motherland, is about a young girl growing up in the Midlands in the 1970s as the only teenage communist in town. She tells us how fact meets fiction in her book.

Research shows taking the pill may protect against endometrial cancer - Professor Dame Valerie Beral explains the findings. Historian Bettany Hughes on her new TV series about three giants of philosophy: the Buddha, Socrates and Confuscius... and their remarkable views on the role of women.

Our new series on men and relationships: Suzi Godson speaks to three men in their twenties and hears how they feel about love, family and planning for the future.

And with a revival of musical Mack and Mabel this summer, we find out all about the life of Mabel Normand from her great nephew Stephen Normand, archivist of the Mabel Normand Family Estate and Dr Rebecca Harrision, lecturer in British cinema at the University of East Anglia.

The killing of Farkhunda, The working life of women judges