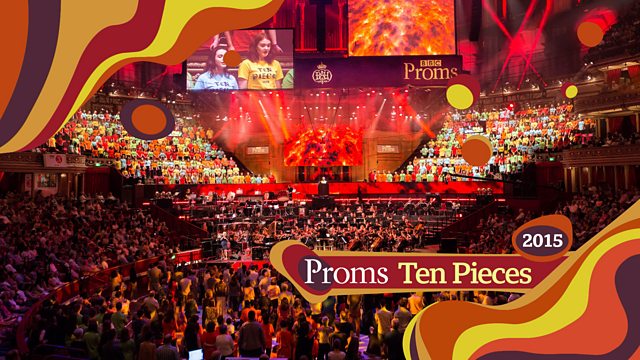 First transmitted in 2015. The BBC National Orchestra of Wales perform ten pieces of classical music. Featuring artwork and performances from the nation's children.

Transferring the magical world of the BBC Ten Pieces film into an exciting and immersive Prom at the Royal Albert Hall. The BBC National Orchestra of Wales and conductor Thomas Sondergard are joined by firebirds and fast cars, magic mountains and mountain trolls, stormy seas and wicked witches, as they take the family audience on a journey through ten pieces of classical music.

The creativity of the nation's children takes centre stage, as their extraordinary artwork and performances in response to the pieces are showcased on big screens and the lucky few perform live on stage with their own dances and compositions. With a lively soundtrack, all-round action, audience participation, a few surprises and a lot of fun along the way, this is the fitting culmination to the first year of the BBC's biggest ever music education initiative, one which has already engaged half of all the primary schools in the country.