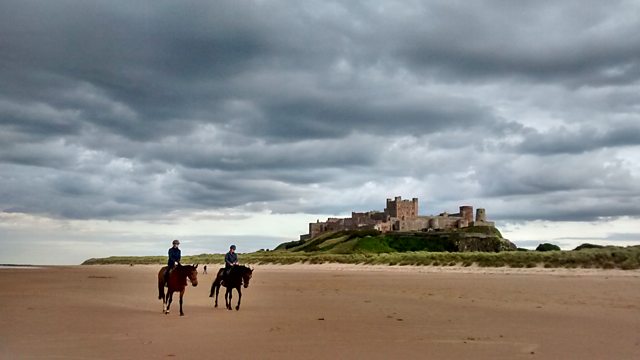 Coast takes on nature at its most perilous in wild British waters. Nick Crane travels to the north east coast while Mark Horton investigates why we suffer seasickness.

Nick Crane travels to the north east coast - one of Britain's most hazardous with 780 shipwrecks along a 65-mile stretch. Nick discovers why this coast became the 'cradle of lifesaving' as he uncovers the story of John Sharp, who founded Britain's first coastguard and lifeboat station at Bamburgh Castle. He also explores the eye-watering early science of resuscitation before taking part in a rescue operation using a unique piece of kit. How did the 'breeches buoy' overcome the deadly obstacles on this coast?

Mark Horton literally takes the helm of a roll-on roll-off ferry to explore how these beasts of the maritime superhighway cope with stormy seas. He also puts his own body on the line for science to investigate why we suffer seasickness.

Miranda Krestovnikoff takes the plunge in Dublin Bay to explore why these wild waters are home to Britain's most venomous jellyfish - and how both swimmers and scientists are seeking an antidote to its excruciating sting.

Dick Strawbridge investigates one of the strangest yet most enduring stories of the Second World War. Did the Germans really invade the south coast in 1940 and were they thwarted by a secret weapon that set the sea on fire?

Finally on the Farne Islands, wildlife photographer Richard Taylor-Jones captures the moment that eider duck chicks fledge and make for the sea... under the watchful and hungry eyes of herring gulls.