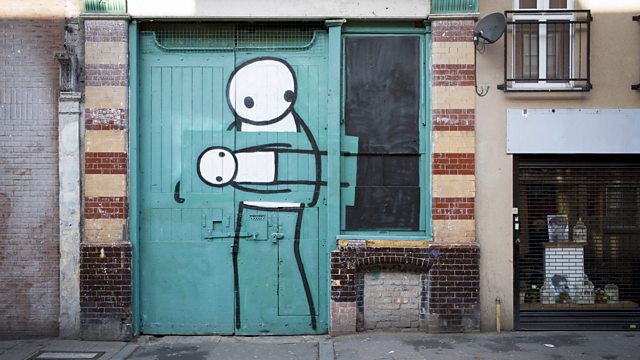 Philippa Gregory discusses her latest novel The Taming of the Queen, there are reviews of Jordanian film Theeb and a Scottish art exhibition in Edinburgh, and Stik talks street art.

Historical novelist Philippa Gregory discusses her latest novel The Taming of the Queen, which takes place in the court of Henry VIII and is told through the eyes of his last wife, Katherine Parr.

The film Theeb is an Arabian Western and coming of age film about a Bedouin boy who escorts a British officer across the Wadi Rum desert in Jordan, during the First World War. Middle East journalist Matthew Teller reviews.

As an exhibition of Scottish art collected by the Royal Family goes on display at the Palace of Holyroodhouse in Edinburgh, the critic Jan Patience reviews.

Artist Stik takes Samira on a tour of his studio in London and talks about his love of street art.

The Taming of the Queen by Philippa Gregory is available in hardback and ebook now.

Theeb is in cinemas from Friday 14 August, certificate 15.

Stik by Stik is published in hardback today.

Scottish Artists 1750-1900: From Caledonia to the Continent is at the to Palace of Holyroodhouse in Edinburgh until 7 February 2016.