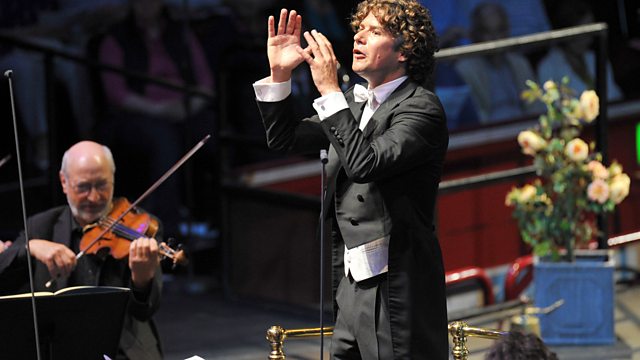 Prom 39 (part 1): Mozart - The Abduction from the Seraglio

Live from the Royal Albert Hall, London, Act 1 of Mozart's opera The Abduction from the Seraglio, with Glyndebourne Festival Opera and the Orchestra of the Age of Enlightenment.

Live at BBC Proms: Glyndebourne Festival Opera, Orchestra of the Age of Enlightenment and conductor Robin Ticciati perform Die Entführung aus dem Serail (The Abduction from the Seraglio) by Mozart.

Energy and good humour meet musical exoticism in Mozart's earliest operatic success - the storybook fantasy The Abduction from the Seraglio. Inspired by the 18th-century vogue for all things Eastern, Die Entführung tells the tale of the young Spanish nobleman Belmonte as he attempts to rescue his fiancée Konstanze from the seraglio (harem) of Pasha Selim, a Turkish despot. Aided by his servant Pedrillo, who wishes to be reunited with Konstanze's maid Blonde, they set out to outwit the fearsome Osmin with their flight, but instead fall to the mercy of the Pasha ...
Die Entführung boasts some of Mozart's most spectacularly virtuosic vocal music, particularly for its brave heroine, Konstanze. Glyndebourne Festival Opera returns for its annual visit to the Proms under Music Director Robin Ticciati, with an international cast led by British soprano Sally Matthews and Lithuanian tenor Edgaras Montvidas. This semi-staged production is sung and spoken in German.