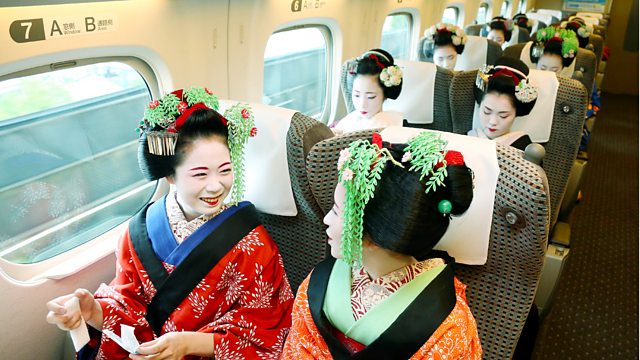 4 Extra Debut. What images come into your head when you think of Japan? Christopher Harding explores Western media perceptions. From August 2015.

What images come into your head when you think of Japan?

Dr Christopher Harding explores how Western media representations of Japan, from the very first Victorian travellers through to Alan Whicker and Clive James, have revisited the same themes.

Often portrayed as workaholics driven by a group mentality, with submissive women and bizarre crazes, Dr Harding asks whether many of these stereotypes have led to the country being misunderstood by people in the West.

Have the Japanese had a role in perpetuating some of these stereotypes in an effort to set themselves apart?

What do our images, feelings, fears and fantasies about Japan tell us about ourselves?

First broadcast on BBC Radio in 2015.