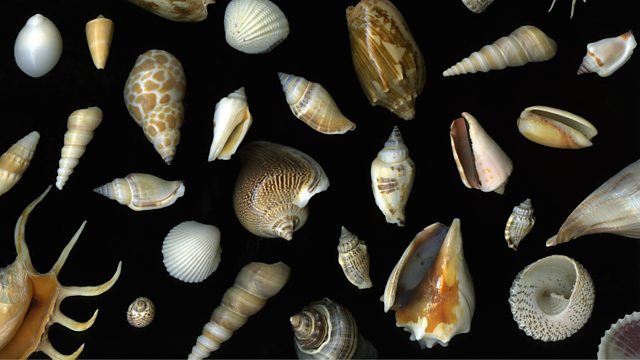 Book of the Week Spirals in Time: The Secret Life and Curious Afterlife of Seashells
Episode 3 of 5

Helen Scales investigates the bizarre world of the hermit crab and uncovers the truth behind the substance known as sea silk.

Episode 3
Helen Scales investigates the bizarre world of the hermit crab and uncovers the truth behind the near-mythical substance 'sea silk'.

Episode 2—Spirals in Time: The Secret Life and Curious Afterlife of Seashells

Episode 4—Spirals in Time: The Secret Life and Curious Afterlife of Seashells