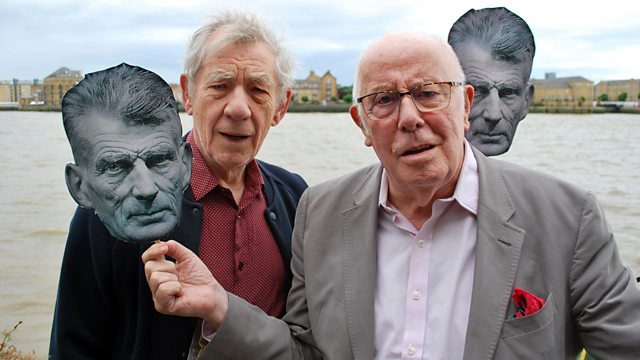 For his edition of Artsnight, actor Richard Wilson, star not only of One Foot in the Grave but also Waiting for Godot, shares his love for a playwright recently described as 'probably the most influential artistic figure of our time' - Samuel Beckett.

How does this highly experimental, avant-garde playwright speak to us today? Summer 2015 will see a peak of Beckett-mania with two festivals dedicated to this extraordinary writer. Richard Wilson explores some of Beckett's key works, including Godot and Krapp's Last Tape, which he performed last year to rave reviews.

He travels to Enniskillen, where his hero went to school, for the 2015 International Beckett Festival, and hears from fellow actors Ian McKellen, Juliet Stevenson and Hugo Weaving, as well as acclaimed director Robert Wilson. Lisa Dwan, who has made Beckett's notoriously difficult play Not I her signature piece, celebrates the playwright's love of the female voice.

See all clips from Richard Wilson (2)