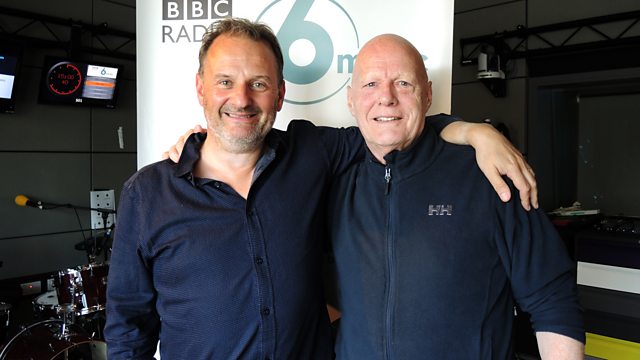 Mark Radcliffe presents solo and is joined by Bobby Elliott and Tony Hicks of Manchester beat combo the Hollies.

The Hollies- Mark presents the show solo
Mark presents the show solo and is joined by Bobby Elliott and Tony Hicks of Manchester beat combo The Hollies. They chat about their exhaustive five CD box set Changin' Times. It includes all their albums, singles and rarities from January 1969 to March 1973. The band began in 1962 and includes in its alumni Graham Nash of Crosby, Stills & Nash.

Plus attempt to get your dulcet tones on the DAB airwaves by suggesting what track follows what, in trusty all-round good egg The Chain - or gather your friends around the wireless for some Teatime Themetime fun times by guessing the link between three records. What ARE you waiting for?!