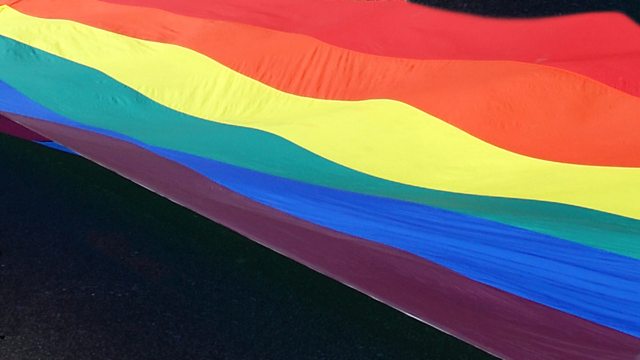 Programme that offers a female perspective on the world. With features on Jamaica's first Gay Pride, early fatherhood, Ros Barber's new book and the life of Mabel Normand.

Once named the world's most homophobic country, Jamaica's first Gay Pride festival took place this week. Latoya Nugent of the Jamaica Forum for Lesbians tells us about it. And Jenni is joined by S Chelvan, a barrister at No 5 Chambers who specialises in asylum claims and PJ Samuels, who faced persecution due to her sexual orientation, to discuss the challenges still facing the Gay community.

As part of our series on men and relationships, Suzi Godson speaks to 21 year old father Joe about starting a family while he's still a student.

We hear about the Italian grandmothers preparing for their first holiday by the sea.

And with a revival of musical Mack and Mabel this summer, we find out all about the life of Mabel Normand from her great nephew Stephen Normand, archivist of the Mabel Normand Family Estate and Dr Rebecca Harrision, lecturer in British cinema at the University of East Anglia.