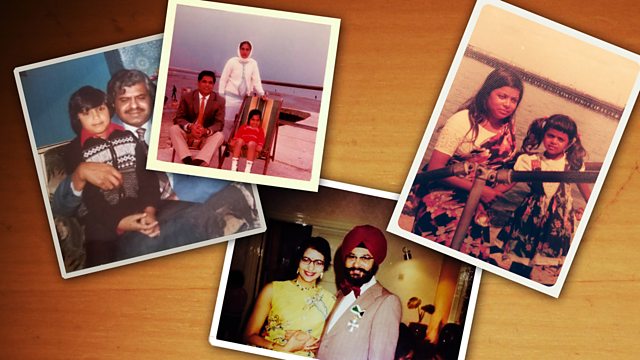 Three Pounds in My Pocket Series 2
Episode 1 of 3

South Asian settlers to Britain discuss the years from 1968-76, when the make-up of the community changed and immigration became a charged political issue.

In the second series Kavita Puri picks up the story of the early pioneers from the Indian subcontinent in 1968: the year of a significant Race Relations Act and Enoch Powell. She charts the years to 1976 when the make-up of the South Asian community in Britain was changing. Young single men came after the Second World War with as little as £3 because of strict currency exchange rules. By the 1960s family reunions had already taken place for many Sikh and Hindu families. By the 70's, as Pakistani men became more settled, their wives joined them too. Increased numbers of Bangladeshi men came over following the war of Independence in 1971, but most of their wives would not come over until the following decade. Asians also came from East Africa in the late 60's and early 70's. Against this new tide of migration, this programme charts how the three pound generation - many here for two decades - responded to the new arrivals. With increased numbers, the community became more visible. We see how the atmosphere on the street was changing towards them - in contrast to the post-war years - where many had been greeted with curiosity. Racist abuse became commonplace as immigration became a charged political issue.

With help from Dr Florian Stadtler, University of Exeter.