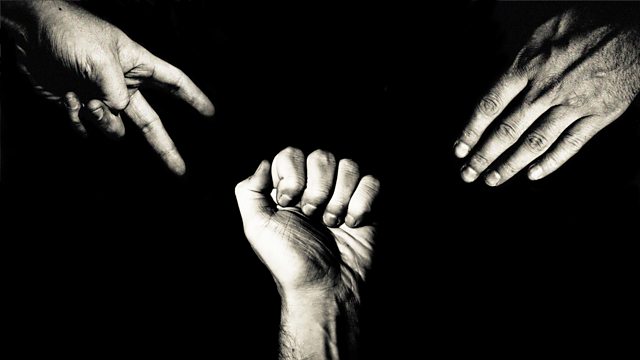 There is far more to this simple game than meets the eye, says Jolyon Jenkins, as he explores how far ahead we can outguess each other (as they do the same to us) in life.

We've all played Rock, Paper, Scissors, and first sight it looks like a simple game of chance. But, says Jolyon Jenkins, there is far more to it than meets the eye.

In a bar in Philadelphia, hardened players meet four times a week to battle it out in an eight week tournament that will net the winner $1000. For them it's "poker without the cards", predicting what the other person is going to throw, at the same time as they are trying to predict your move.

The economic discipline of "game theory" says that this is a waste of time. The only "rational" way to play rock, paper, scissors, is to make your moves randomly. If you manage to do this, you are guaranteed a draw, and this is the best you can hope for. In fact, most people are very bad at playing randomly, which means that the best players, who can spot their patterns, consistently win.

But even if you can predict someone's next move correctly, you need to take account of the fact that they might change it to take account of your prediction. So you need to second guess them. And they are trying to second guess you. So you third guess them. But how far ahead can you, or should you, think? The question goes far beyond rock, paper, scissors: whether you're the leader of a country at war trying to work out what the enemy is doing (while they try to do the same), or a motorist trying to decide whether to avoid motorway congestion by coming off at a junction, we're all trying to second guess (and third guess...) each other's actions.