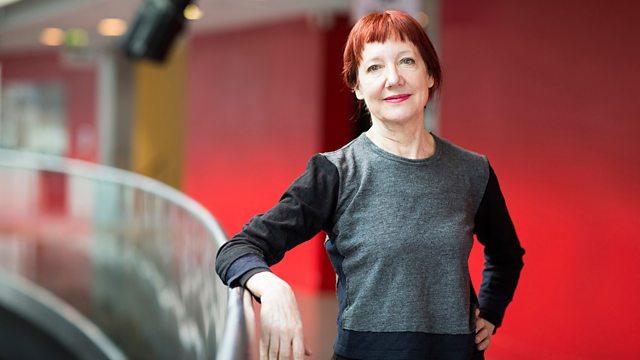 Sir James MacMillan on his first symphony for 13 years, Penny Woolcock's new installation Utopia at The Roundhouse in London, The Gift reviewed, and Road movies.

Sir James MacMillan discusses his 4th Symphony - his first for 13 years - premiering at tonight's Prom, and how it was inspired by ritual and the work of Renaissance composer Robert Carver. He also talks about his close relationship with the Scottish Symphony Orchestra and his recent knighthood.

Award-winning film-maker Penny Woolcock discusses her new installation, Utopia, created in collaboration with designers Block 9. Woolcock spent months uncovering the stories of members of the public to produce complex soundscapes that paint a portrait of contemporary London and cover issues from inequality to education, crime, housing and social media.

Dreda Say Mitchell reviews psychological thriller The Gift, in which an acquaintance from one man's past brings him mysterious gifts and a horrifying secret to light after more than 20 years.

As families across the land pack their bags and load up the car for the summer holidays, Adam Smith reflects on that cinematic staple 'the road trip', and what lessons we could learn from the big screen before setting off.

Penny Woolcock - Utopia runs until 23 August as part of Bloomberg summer at The Roundhouse, London

Sir James MacMillan's Symphony No. 4 will premier at the BBC Proms on Monday 3 August at 7.30pm.

The Gift is released on Friday 7 August, certificate 15.

Adam Smith reflects on the cinema staple, the road trip.