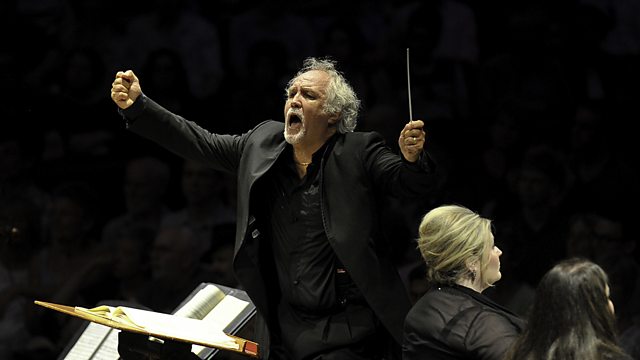 After a powerfully disquieting performance of Strauss's Salome last year, Donald Runnicles returns for the first of two appearances this summer, bringing together two musical institutions of which he is music director and chief conductor: the chorus of the Deutsche Oper Berlin and the BBC SSO. They perform Verdi's Requiem - a work conductor Hans von Bülow described as 'an opera in ecclesiastical garb', written for the concert hall but distilling all the drama and intensity of the stage. At its core is the extended Dies irae sequence - a Day of Judgement whose terrors are not easily forgotten. The international cast of soloists includes Scottish mezzo-soprano Karen Cargill.

[This Prom will be repeated on Wednesday 5th August at 2pm].