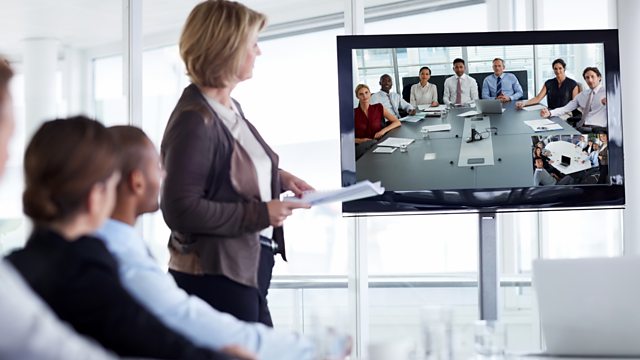 The New Workplace
Episode 1 of 5

The 24-hour economy requires a flexible, round-the-clock workforce. In a new series on the revolution affecting how we work, Michael Robinson begins by looking at the employers.

Office and factory nine-to-five long ago gave way to flexible and tele-working. Middle management is a ghost of its former pervasive self. Trade unions' once-dominant role in the workplace has been eclipsed. Far-reaching revolution has - and continues - to transform when, where, how and with whom we work - and what we are paid.

So how do today's workers and those who employ them - plus the growing numbers of the self-employed - see the changes that are taking place across the workplace?

In a new series exploring how work is being re-shaped and re-defined, Michael Robinson reports on
the ways in which expectations about how work is organised and rewarded have changed. He considers technology, who does what, pay, qualifications, training and skills and what the changes we've seen tell us about what's going on at work and what it tells us about how we're likely to work in the future.

In this first programme of the series, Michael considers the role of the employer.

Being Your Own Boss

See all episodes from The New Workplace