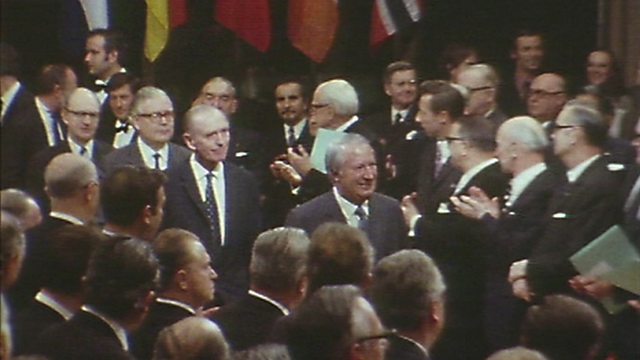 First shown on BBC One in January 1972. Edward Heath is interviewed by Michael Charlton in Brussels about Britain joining the EEC.

First shown on BBC One on 24 January 1972. Two days ago, Britain was set on a new course when we signed the Treaty of Accession to the EEC. In Brussels, Panorama talks exclusively to the prime minister at this moment of personal triumph and asks him how he wants to shape and influence the Europe Britain is in the process of joining.

Shown as part of an evening of programmes on BBC Parliament to mark the fiftieth anniversary of Edward Heath becoming Conservative Party leader.