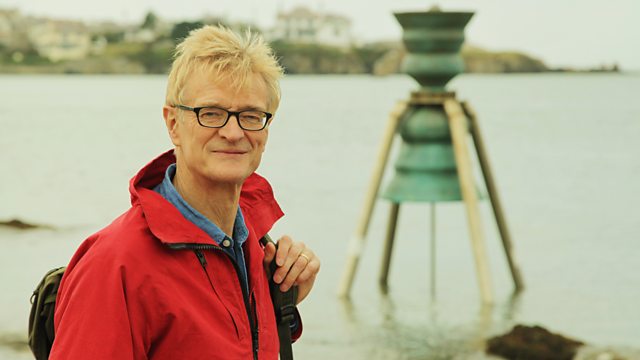 Coast explores the ingenious nature of life on the edges of the British Isles. Nick Crane follows the Welsh Coastal Path, taking in 700 years of inspired thinking.

Nick Crane is following the Welsh Coastal Path around Anglesey and taking in 700 years of inspired thinking and ingenious isles. At South Stack, he investigates how an innovative lighthouse was constructed on a precarious piece of rock. In the Menai Strait, he explores how and why the National Trust is turning to seawater to heat its homes and reduce pollution. And at Newborough, Nick delves into a traditional craft that fuses natural resources with ingenious character.

Tessa Dunlop crosses the channel to France to find out how an inauspicious fishing village in Normandy gave rise to British commercial radio in the 1930s. It threatened the early BBC's monopoly and its existence was even challenged in Parliament. But how did its operators manage so powerful a signal - and who was the charismatic brains behind the operation?

Brendan Walker goes on top of, underneath and even inside the mighty Cleddau Bridge in Pembrokeshire to investigate why its catastrophic collapse in the 1970s changed engineering worldwide.

Dick Strawbridge is on the trail of coastal camouflage in Portsmouth as he investigates 'dazzle'. During the First World War, a military artist came up with a novel way to disguise our ships before the days of radar. He persuaded the authorities to try a revolutionary means of camouflage - painting ships in bright vivid shapes and patterns - inspired by an art movement called vorticism. Dick finds out who came up with the idea and tests the theory at first-hand to see how well it worked with our very own 'dazzled' boat and a periscope.

Finally, in Lowestoft we meet the fisherboys who reinvented themselves as peacocks in the 1960s with a splash of colour whenever they came ashore. We also meet the tailor who made their incredible and garish suits!

See all clips from Ingenious Isles (3)