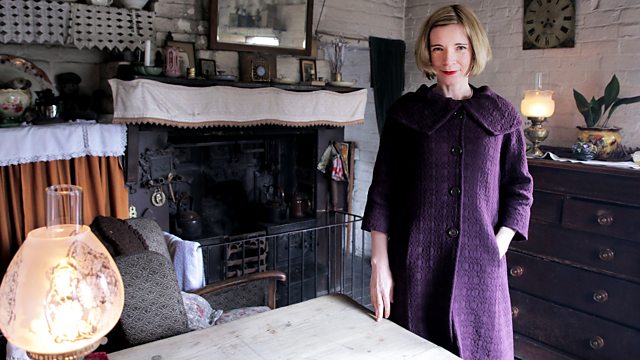 Documentary to mark the WI's centenary. Lucy Worsley goes beyond the stereotypes of jam and Jerusalem to reveal the surprisingly radical side of this Great British institution.

In celebration of the WI's centenary, Lucy Worsley goes beyond the stereotypes of jam and Jerusalem to reveal the surprisingly radical side of this Great British Institution.

Beginning on the Welsh island of Anglesey, where the WI's first meeting was held in a garden shed in 1915, Lucy discovers that its humble origins were no bar to the movement's grand ambitions. Some of the institute's founding members were suffragettes and it saw itself as a campaigning organisation, engaged in the fight for women's rights. Lucy explores some of the WI's most important campaigns, like its 1918 crusade for decent housing and its remarkably radical fight for equal pay in 1943.

Lucy uncovers the crucial role the WI played on the home front during both world wars. In the Second World War, the institute's 350,000 members took a leading role in feeding a hungry nation. With the help of some modern WI ladies, Lucy recreates a wartime institute jam factory, thousands of which were set up by branches up and down the country to produce hundreds of tonnes of jam.

When she traces the story of the WI into the post-war period, Lucy discovers that membership began to decline as the institute struggled to cope with the social revolution of the 1960s. To find out how the WI reinvented itself for the 21st century, Lucy meets some of the members who combatted the WI's staid and stodgy image by stripping naked for a charity calendar in 2000. She also joins a protest alongside the Shoreditch Sisters, one of a number of recently formed new-wave WIs whose proudly feminist stance is attracting a new generation of younger members.

What has the WI really done for women? 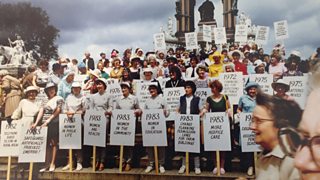 Explore how the WI has campaigned for social justice, equality and fairness for all.