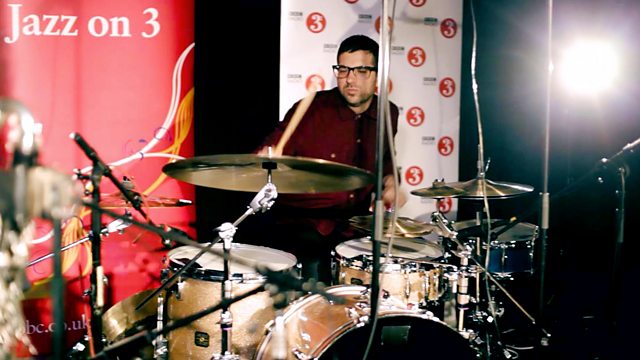 Drummer Mark Guiliana and bass player Chris Morrissey perform together with saxophonist Shabaka Hutchings for the first time in an exclusive Adventures in Sound improvised session.

Known for his machine-like precision and complex groove work, Mark Guiliana has built a career as a true drummers' drummer, and one of the most in-demand beatsmiths of the New York scene. Whilst collaborations with players such as Brad Mehldau (as Mehliana) are testament to his pedigree, Guiliana also leads Beat Music - a sonic exploration that fuses ideas from jazz, dub, and electronic music - and it's his rhythm section partner from that band, bassist Chris Morrisey who joins him for this intimate session recorded exclusively for Jazz on 3. When posed with the opportunity to pick a British musician to join them in the studio, the pair jumped at the chance to work with Sons of Kemet's Shabaka Hutchings, who joins on tenor saxophone and clarinets in a totally spontaneous first meeting.