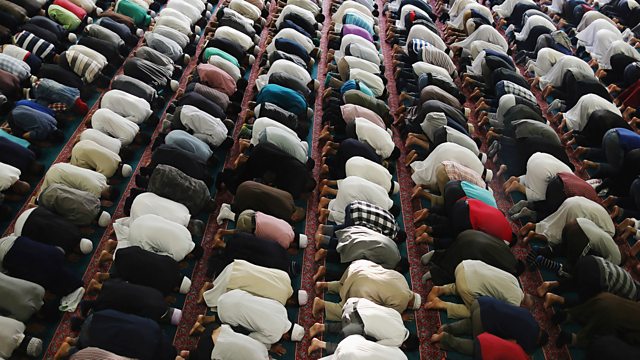 In the week in which David Cameron set out his 5 year plan to combat Islamist extremism, Edward Stourton asks what do Muslims in Britain think about the PM's proposals?

In a special programme from the East London Mosque, Salman Farsi takes Edward from the main prayer hall to the bee hives, to give him an insight into running a 21st century Mosque. On the way he visits it's archives, an historic collection which documents the history of one of the UK's oldest mosques.

Inter-faith dialogue used to be about theological debates between the 'religious elite.' Trevor Barnes reports on the Near Neighbours Programme which tries to build trust between communities in East London.

Ed Kessler from the Woolf Institute and Dr Muhammad Abdul Bari from the East London Mosque discuss the effectiveness of the efforts made so far to break down barriers and build greater understanding between faiths.

We are out and about with community hero - Sister Christine Frost - a catholic nun who has spent the last 45 years living and working on a largely Bengali Muslim estate in Tower Hamlets.

Imam Yunus Dudhwala, head of Chaplaincy Services at Barts NHS Trust, explains why Muslims have to wait on average a year longer than non-Muslims for a transplant.