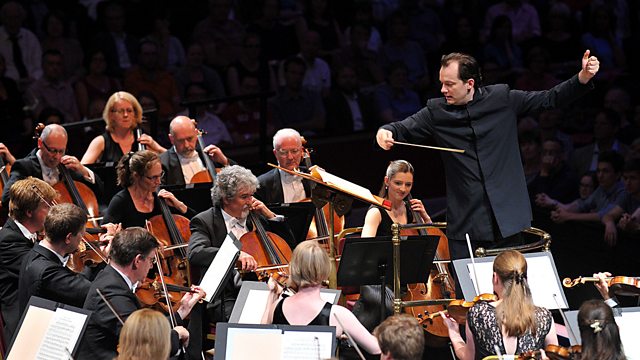 Live from the Royal Albert Hall in London, the CBSO's concert under Andris Nelsons concludes with the annual Proms performance of Beethoven's Symphony No 9.

Beethoven's 'Choral' Symphony is a celebration of human endeavour, as is his ballet score The Creatures of Prometheus. Andris Nelsons gives his final concert as Music Director of the CBSO before returning (see Proms 49 and 51) with the Boston Symphony Orchestra, of which he became Music Director last season. John Woolrich's dark, sardonic contra-bassoon concerto was written for the CBSO's own contrabassoonist Margaret Cookhorn.

[This Prom will be repeated on Monday 20th July at 2pm].