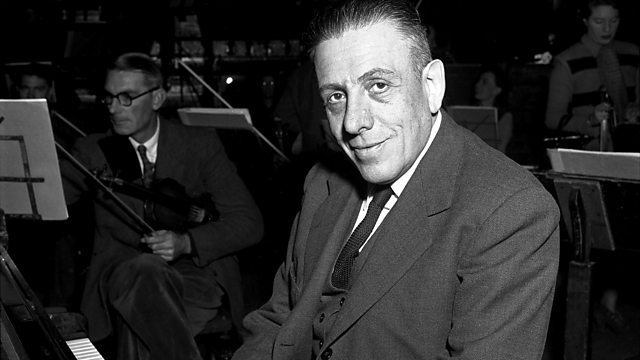 Donald Macleod focuses on Poulenc's most famous performing partnership, with baritone Pierre Bernac, a celebrated interpreter of his music.

Poulenc's most famous performing partnership with baritone Pierre Bernac, an acclaimed interpreter of his music.

Poulenc could claim many of the leading performers, artists and patrons of the day among his circle of friends. This week Donald Macleod looks at some of the more significant of those friendships and explores how these associations led to artistic collaborations, starting with one of the earliest, with pianist Ricardo Viñes, followed by harpsichordist Wanda Landowska, poet Paul Éluard and singers baritone Pierre Bernac and soprano Denise Duval.

Poulenc always thought of himself as a product of the prevailing artistic climate of Paris. Born in 1899, he grew up in cultured and comfortable surroundings. His father and two uncles ran a company manufacturing high quality industrial chemicals, while his mother was an accomplished amateur musician, who gave the young Poulenc his first piano lessons. However, Poulenc did not follow the orthodox route of musical training by attending either the Paris Conservatoire or the Schola Cantorum. His artistic associations often came about through his social connections.