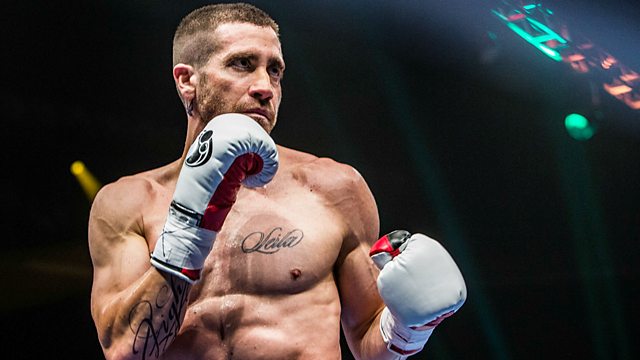 Jake Gyllenhaal discusses his role as a champion boxer in new film Southpaw. He explains how he trained to convincingly play a professional fighter and why his stunt double never appears in the film.

Stieg Larsson's The Girl with the Dragon Tattoo trilogy became a global sensation after it was published in 2005 and has since topped best-seller lists worldwide. 10 years after the first book was first published in Sweden, author David Lagercrantz has been commissioned to write a fourth volume. Stieg Larsson's editor Eva Gedin discusses the decision to commission a fourth novel from another writer.

Caro in Yorkshire is a programme of exhibitions and events celebrating the work of the sculptor Sir Anthony Caro (1924-2013) across four Yorkshire galleries: The Yorkshire Sculpture Park, the Hepworth Wakefield, the Henry Moore Institute and Leeds Art Gallery. Louisa Buck reviews.

Joseph Coelho was today announced as the winner of the CLiPPA Children's Poetry Award, for the best book of poems for children published in the last year. The poet discusses his first collection, The Werewolf Club Rules.

Southpaw is in cinemas from Friday 24 July, certificate 15.

Werewolf Club Rules by Joseph Coehlo, with illustrations by John O’Leary, is out now.

The Girl in the Spider's Web by David Lagercrantz, translated by George Goulding is available from 27 August 2015.