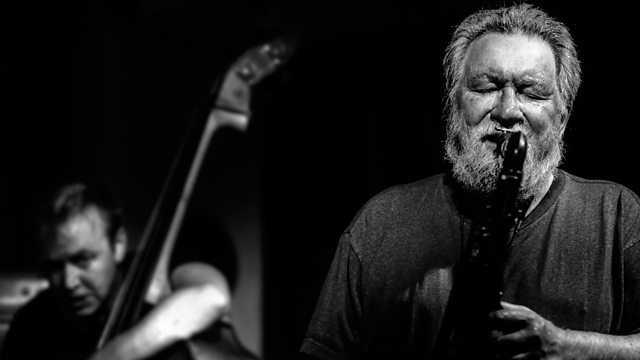 4 Extra Debut. Comedian Stewart Lee explores the unique world of musical, free improvisation. What is it like to play in the moment? From 2015.

For over 20 years in diverse attics and cellars below pubs, hired rooms, concert halls and gig venues, Stewart has been immersing himself in this unique musical experience.

Now he sets out to answer a deceptively simple question: "What does it mean to play free - completely in the moment?"

Beloved by its fans and baffling to its detractors, free improvisation has grown from a group of disaffected 1960s jazz musicians playing to three men and a dog to a globally respected and influential form heard regularly at international concert halls and festivals.

Through encounters with some of the scene's most influential exponents - including Evan Parker, Maggie Nicols, Sarah Gail Brand, Steve Noble and John Edwards - Stewart explores the remarkable reality of performing music without rules, without preparation, with no safety net and no idea of what’s going to happen next.

A Resonance production for BBC Radio 4, first broadcast in July 2015.