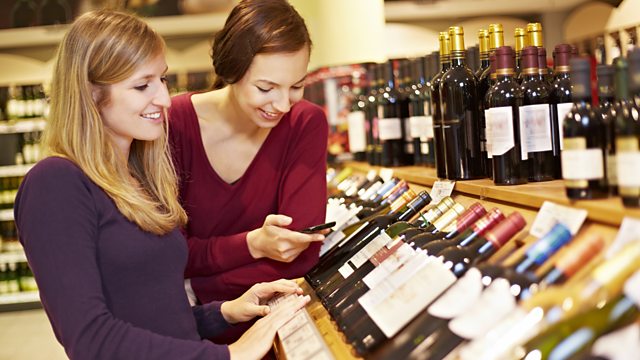 Out with the old, in with the new! A new generation of wine drinkers are shaking up the way wine is drunk, sold and written about. Sheila Dillon rides the new wave.

There's a revolution happening in the world of wine. While tradition once dictated the way things were done, a new generation of wine drinkers are shaking things up - in the way it's sold, consumed and written about - with the intention of shaking off the fustiness and perceived snobbery. Not only is there a new attitude about what's deemed good but there's an openness to alternative production methods and artisanal producers. Sheila Dillon asks if the underground movement we saw towards craft beers and ciders and specialist coffees is now being witnessed in the world of wine.

Dan Keeling of Noble Rot magazine argues this movement echoes indie labels in the music scene in which he started before immersing himself in wine writing. Award-winning sommelier Charlotte Sager-Wilde explains how trying to train up on wines while earning a small salary working in hospitality led her and her husband to a new model of wine bar - selling good wines by the glass rather than the bottle and training staff to share ideas with the curious rather than look down their noses. Meanwhile Peter Honegger has started his own wine store - while still a student - selling Austrian wines from niche producers who weren't being stocked elsewhere. Meanwhile we hear about the new tech which is enabling wine enthusiasts to gen up on wines and form their own opinions and ask is branding is putting style over substance.

Sheila Dillon asks if the slow moving world of wine is seeing its own revolution and if these new ideas can open the world of wine to more enthusiasts.

Presented by Sheila Dillon, Produced in Bristol by Anne-Marie Bullock.

Feeding the Commons - Part II: Lunch to Lights Out