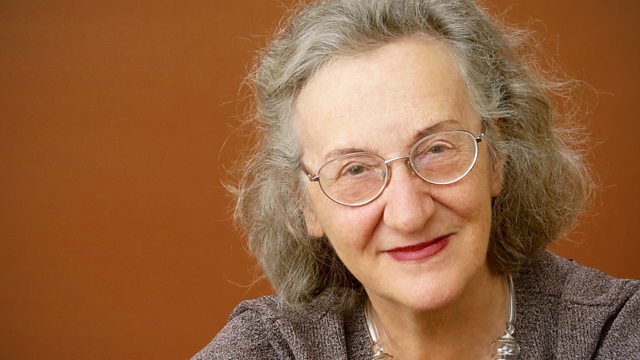 Tom Service talks to Scottish born composer Thea Musgrave - one of the most respected composers working today - about her life in music.

Tom Service talks to the Scottish born composer Thea Musgrave about her life in music.
When asked about being a 'woman composer' Musgrave has replied "Yes, I am a woman; and I am a composer. But rarely at the same time."

Her rejection of stereotype shines through in her enormously varied back catalogue of works. From the drama and intensity of her operas on subjects as varied as Mary Queen of Scots and Harriet Tubman, a slave in 19th century Maryland, to the skilful orchestration of works like 'Turbulent Landscapes', based on the paintings of Turner, or to the peripatetic invention of her concertos, where soloists move around the orchestra or concert hall, Musgrave's music is powerful, vivid, boundary pushing yet accessible.

Now 86 and still composing, Thea Musgrave's music is as vibrant as ever. She talks to Tom in the studio and in the rehearsal room, about when she decided to be a composer, the stories behind her music, and why as a composer you have to be both crazy and practical.

Listen to some of Thea Musgrave’s past appearances on BBC Radio 3:

Composer of the Week: Thea Musgrave