Close menu
BBC One
Britain Beneath Your Feet
Main content 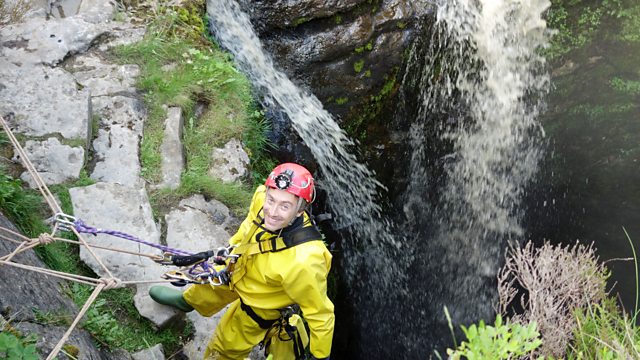 Britain Beneath Your Feet Series 1
Episode 1 of 2

Documentary exploring Britain from below. Dallas Campbell reveals how we can only understand the world around us by discovering the hidden wonders beneath our feet.

This series is a unique view of Britain - from below. In this first of two programmes, Dallas Campbell reveals why we can only understand the familiar world around us by discovering the hidden wonders beneath our feet. Breathtaking computer graphics strip away the earth to lay bare this secret world that's rarely explored.

Dallas finds out how the Shard of London - the tallest skyscraper in Western Europe - stays standing on soft clay. He canoes along a secret river under the city of Bristol and discovers why Edinburgh was sited on an ancient volcano. Exploring the natural world, he abseils down an underground waterfall higher than Niagara. And beneath one of the nation's oldest oak trees, he discovers a vast root system that's wider and more intricate than its branches.

See all episodes from Britain Beneath Your Feet

See all clips from Building Britain (2)

How do skyscrapers stand up?