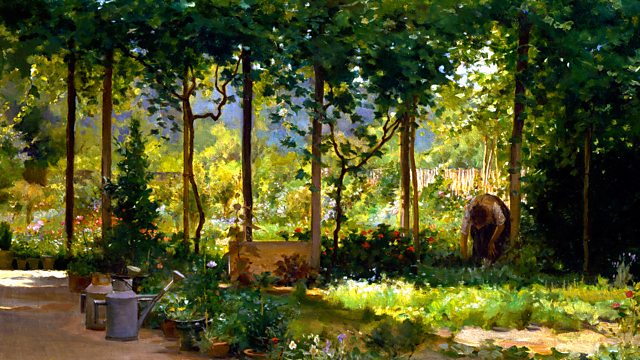 The new year comes and goes yet Elizabeth's guests show no sign of leaving. Semi-autobiographical novel read by Caroline Martin.

The central character, Elizabeth, is a wild spirit whose minor eccentricities bemuse the servants and shock the high-born neighbours of her husband's family estate in northern Germany. Rather than hating its remoteness and dilapidation, Elizabeth sees her sojourn there as an opportunity to create a beautiful garden in which she can spend time thinking about the world, playing with her beloved daughters and tolerating the occasional visitor.

Episode 4—Elizabeth and Her German Garden