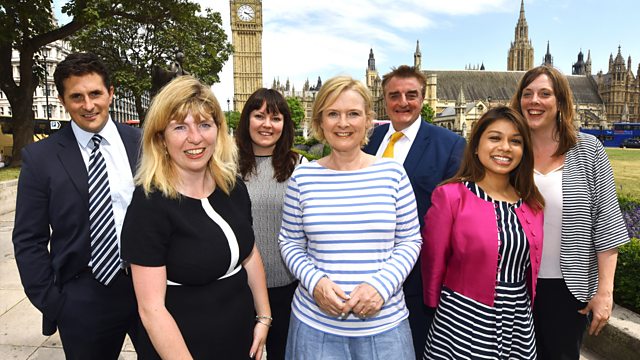 Martha Kearney follows the experiences and explores the hopes of six of the new intake of MPs, asking whether this class of 2015 are going to make a difference.

Arcane and bewildering - that's how new members often find the House of Commons. Following the General Election there are 182 of them, who have been adjusting to their new life at Westminster.

Over the past few weeks, BBC Radio 4 has been following six of the new intake, recording their experiences, exploring their hopes and seeing whether this class of 2015 are going to make a difference.

Johnny Mercer was the unexpected Conservative winner for the seat of Plymouth, Moor View. A former captain in the British Army, he completed three combat tours of Afghanistan.

Maria Caulfield is the Conservative MP for Lewes, and until the election was a nurse at the Royal Marsden Hospital and a part-time shepherd.

Tulip Siddiq kept the seat of Hampstead and Kilburn for Labour by the slimmest of majorities. She is the granddaughter of the first President of Bangladesh and niece to the current Bangladeshi Prime Minister.

Jess Phillips is the Labour MP for Birmingham, Yardley, with a background of working with victims of domestic and sexual violence.

Tommy Sheppard is the new SNP MP for Edinburgh East and one of the older newbies at 56. He was previously Scottish Labour's Assistant General Secretary but more recently a comedy club owner.

Natalie McGarry is the SNP MP for Glasgow East and was a founder member of Women for Independence in 2012.

Martha Kearney looks at how these MPs from very diverse backgrounds are coping with the pressures of Westminster life and asks whether the class of 2015 is making an impression in the new parliament.