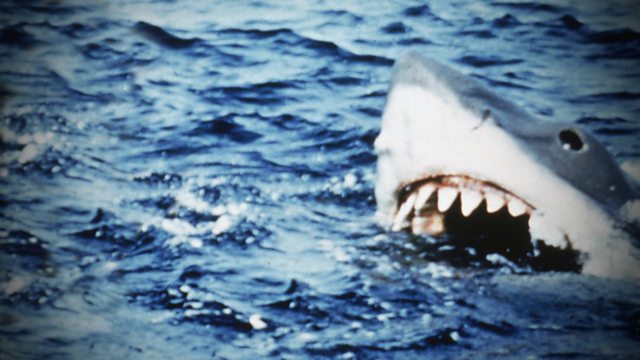 Novelist Will Self, shark expert Gareth Fraser, academic Ian Hunter and artist Fiona Tan join Matthew Sweet to discuss sharks, whales and the impact of the book and film Jaws.

Novelist Will Self, shark expert Gareth Fraser and film expert Ian Hunter join Matthew Sweet for a discussion about sharks, whales and the impact of the book and film Jaws.

Jaws started out as a novel which reads as a sociological study of a small American coastal resort full of rather unlikeable characters. It ended up as an iconic film whose heroes engage in a fight to the death with a Great White Man-Eating Machine. Matthew Sweet discusses how the shark came to fill the space once held by the whale, why big teeth still fill our nightmares and whether all publicity is good publicity for the denizens of the oceans with writer Will Self, whose novel 'Shark' was inspired by the film, and Gareth Fraser, who now studies the dental configurations of sharks all because he once sat in a dark cinema, as did life-long Jaws fan, the film expert Ian Hunter.
The artist Fiona Tan, whose new exhibition is partly inspired by 'Jonah the Giant Whale', a preserved whale exhibited inside a lorry which toured across Europe from the 1950s to the mid-1970s will also appear out of the deep.