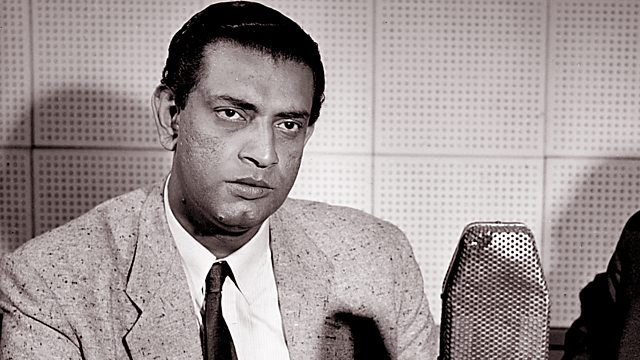 Tariq Ali discusses Satyajit Ray's 1955 film Pather Panchali (Song of the Little Road) 60 years on with Rana Mitter. 2015 New Generation Thinker Clare Walker Gore looks at the depiction of invalidism in the writings of Trollope and other Victorian novelists. Novelist Sunjeev Sahota was included in Granta magazine's most recent list of the 20 most promising young British novelists under 40. He talks about his new novel which depicts the different experiences of migrant workers who have travelled from India to Sheffield. Playwright and author Neil Bartlett discusses his project at the Wellcome Collection which asks members of the public to answer anonymously a series of questions about attitudes to sex.

Sunjeev Sahota's novel is called The Year of the Runaways.
Pather Panchali is available on DVD.
The Institute of Sexology runs at the Wellcome Collection until September 20th. Neil Bartlett will be in Conversation there on July 23rd 19.00 - 20.00 and his project will be archived in the Wellcome Library once the exhibition ends.

2015 Art Fund Prize for Museum of the Year Debate