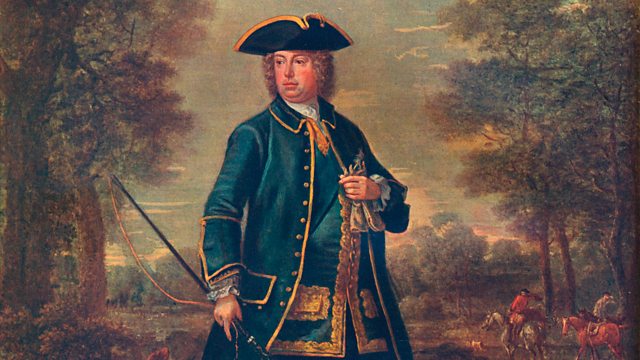 By Steve Waters. Drama focusing on the relationship between playwright Henry Fielding and the first prime minister, Robert Walpole. With David Troughton and Niamh Cusack.

By Steve Waters. Dramatising the shadowy relationship between the state and the stage in the 1730s, 'Scribblers' focuses on the relationship between young playwright Henry Fielding and the First Minister Robert Walpole. Tracking back and forth between high politics and the emergence of a fringe theatre of real dissent, it explores the premature birth of political theatre through the mad-cap work of Fielding before it was strangled by the Licensing Act of 1737.

Steve Waters' plays include English Journeys (1998), After the Gods (2002) and Fast Labour (2008) - all produced on Hampstead Theatre Main Stage; The Contingency Plan (2009), Little Platoons (2011), Ignorance/Jahiliyyah (2012) and Temple (2015) - currently playing at Donmar Warehouse. His radio play Bretton Woods was broadcast on Radio 3 in 2014. Steve lectures in creative writing at the University of East Anglia.

Breaking Free: A Patriot for Me