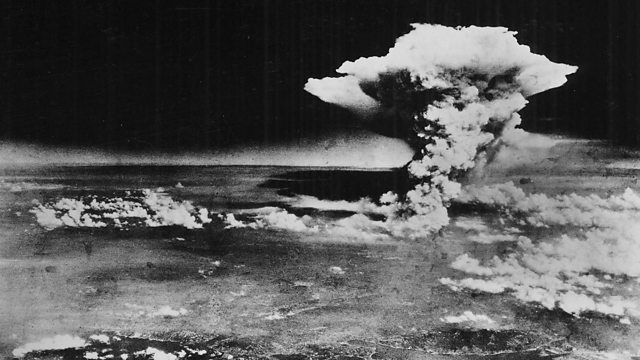 HG and the H-Bomb

Samira Ahmed uncovers the extraordinary role of HG Wells in the creation of the nuclear bomb and how a simple, devastating idea led to the world we know today.

Samira Ahmed unearths the extraordinary role of HG Wells in the creation of the nuclear bomb 70 years ago - and how a simple, devastating idea led to the world we know today.

In his 1914 novel The World Set Free, Wells imagined bombs that destroy civilisation and lead to a new world order. But his "atomic bombs" - a name he conceived - are grenades that keep on exploding.

How did this idea become a reality? Samira discovers the strange conjunction of science-fiction and fact that spawned the bomb as Wells mixed with key scientists and politicians such as Lenin and Churchill. Churchill claimed Wells was solely responsible for the use of aeroplanes and tanks in the First World War. Thanks to Wells, Churchill was also ahead of many in writing about the military potential of nuclear weapons - as he did in his 1924 article for the Pall Mall Gazette, "Shall We All Commit Suicide?"

In London's Russell Square, Samira retraces the steps of Hungarian physicist Leo Szilard who conceived the neutron chain reaction. Amid the bustle and noise of the capital in 1933, he suddenly realised how to exploit the potential of nuclear energy and - because he'd read Wells - the devastating impact it would have.

But what could he do? How easy is it to keep a secret in the scientific community, with war looming? Once a dangerous, world-changing idea exists, is it possible to contain it?

A Most Ingenious Paradox: Loving G&S to Death?

Looking for the Moor

The bomb that changed the world