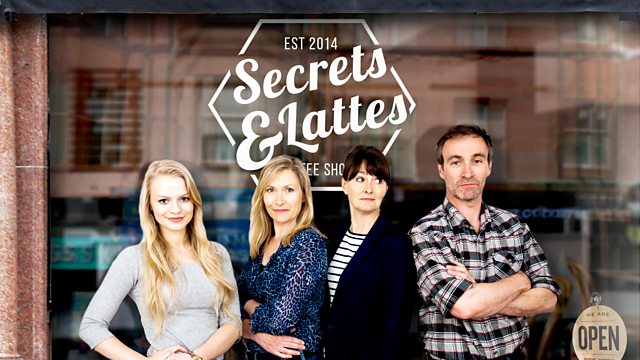 Secrets and Lattes Series 2
Episode 1 of 6

It's the return of sisters Trisha and Clare and their Edinburgh coffee shop, Cafe Culture.

Can they rise to the challenge of keeping the business going while coping with a missing chef and dealing with 20 year-old waitress, Lizzie falling off the kleptomania wagon?

Throw in Trisha's married ex-boyfriend and Clare's absent husband and it's emotional carnage all round.

Clare can't cope with change but Trisha positively craves it - praise the Lord for God-fearing Minty (June Watson), an eccentric but helpful customer who won't make a drama out of a crisis.

An Absolutely production for BBC Radio 4 first broadcast in July 2015.

See all episodes from Secrets and Lattes